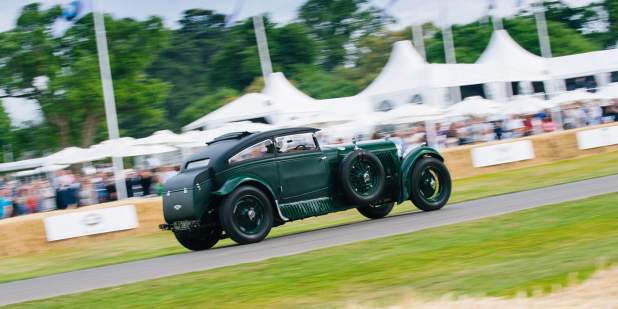 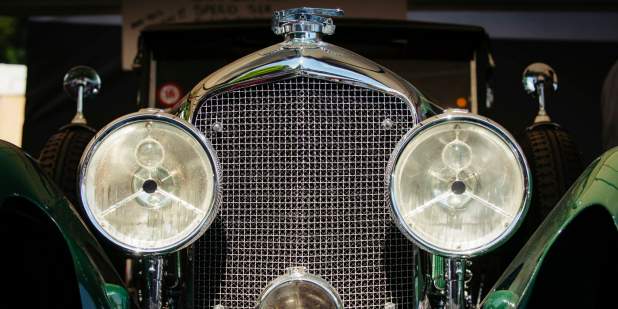 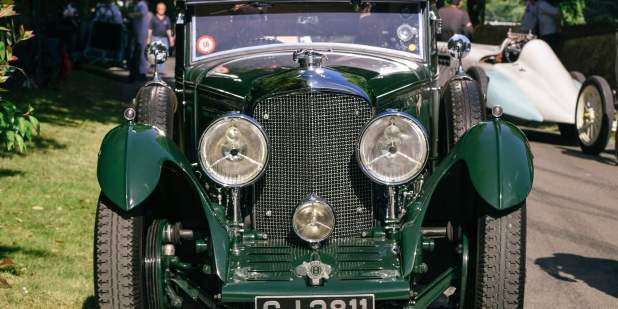 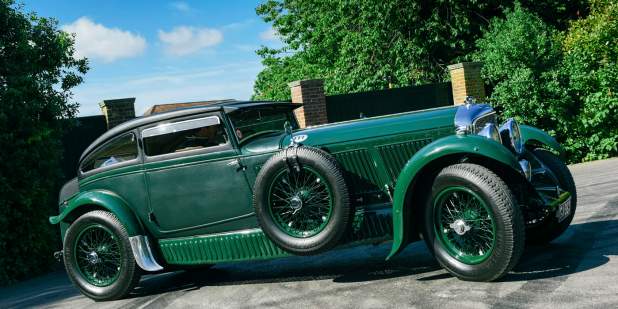 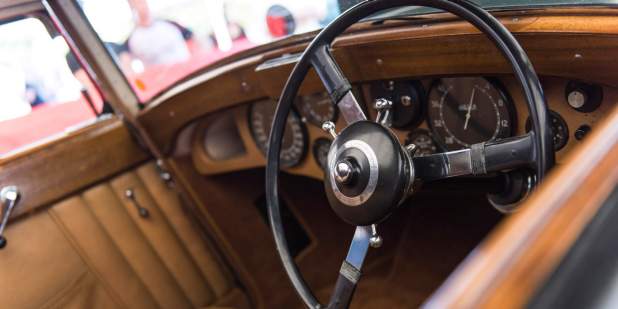 The ‘Blue Train’ Bentley Speed Six
Few cars embody the glamour, speed and power of the pre-war Bentley era better than the ‘Blue Train’ Bentley Speed Six. In this car Bentley Boy Woolf Barnato raced and beat the famous Train Blue northwards from the Côte d’Azur to Calais. His achievement was so exceptional that a 2015 re-run by Car Magazine in a Continental GT3-R only just managed to beat Barnato’s average speed set in 1930.

For years the Bentley that beat the Blue Train was thought to be a Speed Six coupé built by coachbuilders Gurney Nutting. The low roofline and 2+1 cockpit with a single ‘side-saddle’ rear seat gives it a lean, low and purposeful profile; this unique design was cited by Bentley’s design team as one of the inspirations for the modern-day Continental GT.

Yet there is a mystery about which Speed Six Barnato drove through France for his famous dare. Was it the Gurney Nutting, or his Mulliner-bodied saloon? Perhaps every legend has its secrets…

The driver and the dare
Woolf Barnato – heir to a vast fortune from the Kimberley diamond mines in South Africa – was the ultimate ‘Bentley Boy’. A brilliant sportsman, bon viveur and generous host, he became Chairman of Bentley Motors in 1926 when the company was struggling for capital. W.O. Bentley considered him the best of all the team’s drivers, and Barnato’s 100% record at Le Mans – three wins in three starts – confirms W.O.’s judgement.

Barnato was at a dinner party on board a yacht near Cannes in March 1930 when the subject of racing the famous Blue Train came up, as both Rover and Alvis had recently beaten the train from St Raphael to Calais. Barnato wasn’t impressed, calling the achievement ‘no great shakes’. He wagered £200 that at the wheel of his Speed Six he could beat the train to Calais with ease.

Knowing how canny Barnato was, none of his companions would take the bet - so he resolved to do the run anyway, to prove his point. The next day at 5:45pm, as the Blue Train left the railway station at Cannes, Barnato and his companion, amateur golfer Dale Bourne, left the Carlton Bar in Cannes and set off in the Speed Six.

Rain, fog and punctures
During the 185 miles from Cannes to Lyon, the two men encountered heavy rain which slowed their progress. At around 4am, between Lyon and Paris, near Auxerre, the team lost time searching for their pre-arranged refuelling rendezvous. Despite this setback, some dense fog near Paris and a puncture which used their only spare tyre, Barnato and Bourne finally reached Calais at 10:30 in the morning. They had covered over 570 miles at an average speed of 43.43 mph, an impressive achievement on the dusty and rough roads of the time.

In London before the train reached Calais
Barnato had arrived in Calais so far ahead of the train that he decided to continue on to London. After crossing the Channel in a packet steamer, being waved through Customs and driving hard for almost 700 miles, Woolf Barnato parked his Speed Six outside the Conservative Club in St. James’ Street at 3.20pm. Just four minutes later the Blue Train arrived at the station in Calais.

Barnato had won his unofficial dare, although the French Motor Manufacturer’s Association fined Bentley Motors around £160 for racing on public roads and barred Bentley from the Paris Salon of 1930. Barnato claimed that he had raced as a private individual and not as the Chairman of Bentley … a claim that failed to convince the authorities.

Which Speed Six?
For many years it was believed that the Bentley Speed Six in which Woolf Barnato beat the Blue Train was a two-door coupé bodied by the coachbuilders Gurney Nutting. Certainly, the Bentley chairman did own the car; and it was the Gurney Nutting coupé that contemporary artist Terence Cuneo depicted in his famous painting of the duel.

But recently Bruce McCaw, current owner of the Gurney Nutting Speed Six, uncovered evidence that it may not have been finished until after the date of the drive. Some historians believe that Barnato, who owned a stable of Bentleys, raced the Blue Train in his Mulliner-bodied four-door Speed Six saloon, not the Gurney Nutting coupé.

To put the controversy to bed, Seattle-based collector McCaw traced the chassis and engine of Barnato’s Mulliner-bodied Speed Six, and also located the bodywork on a different Bentley chassis. He reunited the chassis with its original bodywork and showed the restored Mulliner Speed Six alongside his Gurney Nutting Speed Six at the Pebble Beach Concours d’Elegance in August 2003.

Bruce McCaw accepts that it was probably the Mulliner-bodied saloon that raced the Blue Train, although definitive proof may never be uncovered. But the Gurney Nutting Coupé is still widely known as the Blue Train Coupé, and it remains one of the most iconic car designs in Bentley history. It continues to inspire Bentley designers and will be celebrated in 2015, the 85th Anniversary of the original race.

Read about the Blue Train shown at Techno-Classica 2015.