A GLIMPSE AT THE ROAD AHEAD

The stunning successor to the Bentley Bacalar by Mulliner is a super-powerful, two-seat grand tourer that only Mulliner could create. Like its predecessor, the car is named after a beautiful body of water – in this case Lake Batur, a 16 km2 crater lake in Kintamani on the island of Bali, Indonesia. Already sold out, the Bentley Batur* offers a preview of the styling, features and materials that will define Bentley in the years to come.

*Model shown is in a pre-production state 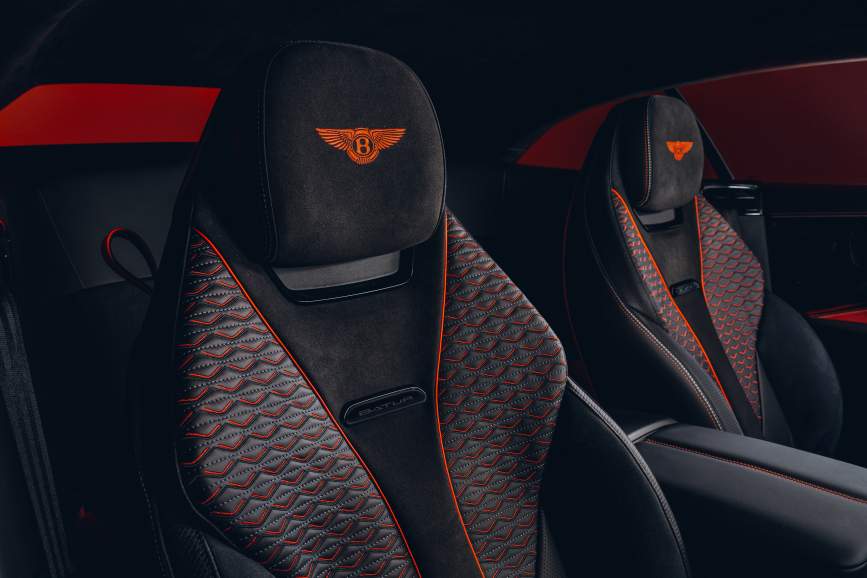 A SHOWCASE OF SUSTAINABLE MATERIALS

The way luxury cars are created is set to change significantly in the coming years – especially when it comes to the materials used in their construction. The Batur shows how Bentley will lead the way in this brave new world, with a wealth of truly innovative features and finishes.

High-performance composites made from flax offer a sustainable alternative to carbon fibre – strong and light yet with a much lower environmental footprint. Sustainably produced leathers are also available as an option exclusive to the Batur, using techniques that involve much less water and aldehyde than traditional tanning, as are carpets crafted from recycled yarn. Leather-like textiles made from by-products of the coffee roasting process are also used in the car.