Bryson was born and raised in the small town of Modesto, CA. From a young age, he found his love for golf and, after graduating with a degree in Physics from Southern Methodist University, decided to make it his lifelong profession. Bryson began by winning the California State Junior Championship in 2010 and turned professional after great amateur success.

Since joining the PGA tour, the physics major has earned the nickname "The Scientist" from his fellow pros, due to his exciting and unconventional approach to the game. Much like Einstein and Washington - innovators celebrated for how they stood and capitalized on their creativity - DeChambeau uses wedges and irons of equal length, precise force and pinpoint measurements in his play.

Bryson DeChambeau had his “Hello World!” moment in 2015, when he won both the NCAA individual championship and the US Amateur, a feat accomplished by only four other players in history. After turning professional in 2016, he won his first event in 2017. Bryson currently has eight PGA Tour wins, one major (2020 U.S. Open) is ranked number five in the Official World Golf Rankings and number two in FedEx Cup points.

Bryson relentless pursuit of power and performance is just a part of his Extraordinary Journey.  He is known for his analytical approach to the game, and his unique equipment choices. During the early 2020 Covid restricted PGA Tour season, Bryson transformed his body, adding 20 pounds of muscle to elevate his swing speed and dramatically increase his length. Follow Bryson on Instagram here...

In 2011, Bryson’s golf coach gave him the Golfing Machine, an instructional book that opened Bryson’s mind to a new way of thinking. The concept of one swing plane intrigued 18-year-old Bryson, an accomplished physics student. From there it was the transition to one length clubs, special grips and customized shafts.

More than anything, what really makes Bryson’s approach to the game different is his willingness to try new things, and fail occasionally. Bryson’s conviction and belief in himself is unwavering, and his questioning of conventional wisdom is part of his unique DNA.

During a stretch in his early pro career, Bryson missed 13 cuts in a row and new something had to change. Bryson leaned into the data, obsessed with the biomechanics of the golf swing and started down a path of power plus consistency. When traditionalists said muscle gain comes at the expense of flexibility and increases the risk of injury, Bryson analyzed and chose his own path. Statistically, Bryson is currently the longest driver on the PGA Tour.

Validation of his commitment came in the way of the US Open victory at Winged Foot in the summer of 2020. His unprecedented length off the tee shortened an old-school traditional golf course experts favored for the shorter straighter hitters. Not only did he lead the field in driving, but he led the field in strokes gained putting. Besides carrying the men’s professional golf narrative for the past year, perhaps the greatest validation of Bryson’s evolution as a golfer is his peers acknowledgment of how he is changing the game.

Inside the main hide is Camel, with a Beluga secondary upholstery accent. The veneer is Crown Cut Walnut, and optioned for this model is the Naim for Bentley audio system. This example also included Bentleys’ Four-Seat Comfort Specification and a Breitling clock with a dark mother of pearl face. 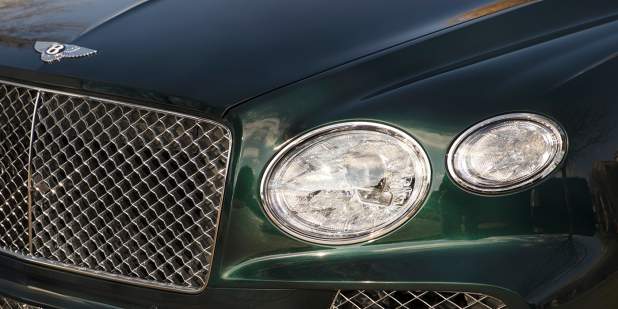 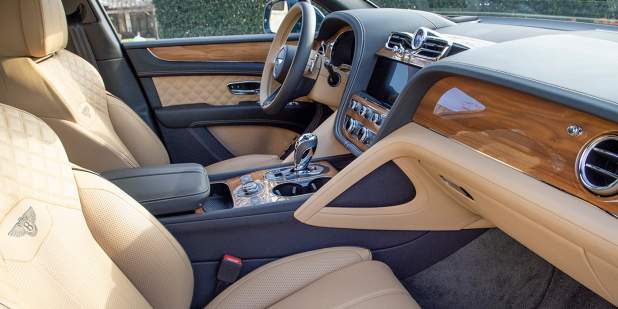 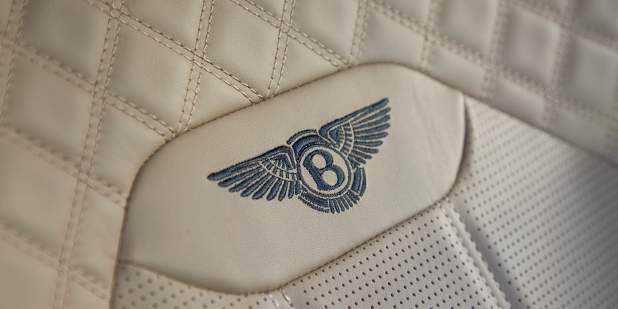 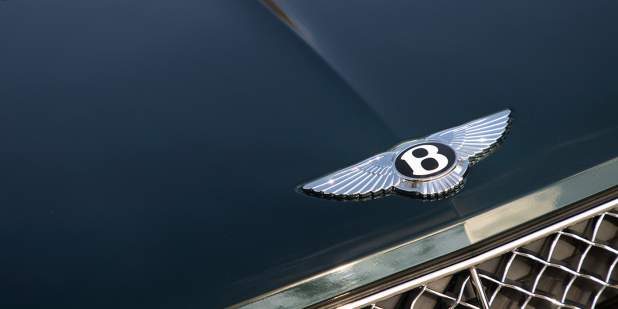 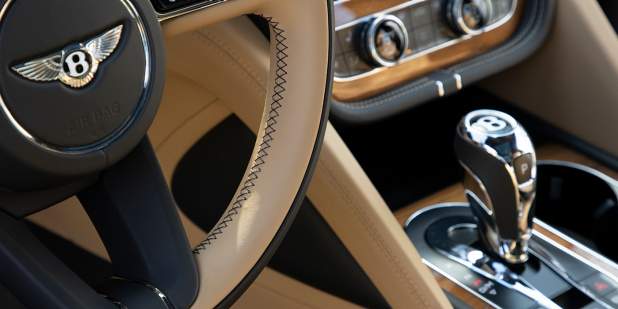