The Bentley Mulsanne – the end of an era

After more than a decade in production, the final example of the Mulsanne has been completed, signifying the end of an illustrious and extraordinary lifespan. Over 7,300 examples - all handcrafted at Bentley’s home in Crewe, Cheshire - have embodied Bentley’s ability to produce the ultimate luxury sedan.

With typical end-of-production celebrations curtailed by the COVID-19 pandemic, Bentley Colleagues gathered for socially-distanced photographs with the final cars, and marked the departure of Mulsanne by sharing their thoughts of the outgoing Bentley flagship on camera. Bentley is today releasing both this Colleague film and a suite of imagery of the penultimate customer car – a Mulsanne Speed ‘6.75 Edition by Mulliner’ finished in Rose Gold over Tungsten, heading to a lucky customer in the USA. One extremely special, final Mulsanne remains behind the penultimate car – however, its future home remains a closely guarded secret.

Mulsanne’s lineage can be traced back through Bentley’s history, from the original 8 Litre of 1930 - the last car designed and developed by W.O. Bentley himself – as the most luxurious, coach built Bentley of its time.

Bentley Chairman and Chief Executive, Adrian Hallmark, comments:
“The Mulsanne is the culmination of all that we at Bentley have learnt during our first 100 years in producing the finest luxury cars in the world. As the flagship of our model range for over a decade, the Mulsanne has firmly solidified its place in the history of Bentley as nothing less than a true icon. I am immensely proud of the hundreds of designers, engineers and craftspeople that brought the Mulsanne to life over the last ten years. Now, as we begin Bentley’s journey to define the future of sustainable luxury mobility through our Beyond100 strategy, the role of Bentley flagship is passed to the new Flying Spur.”

In the last 11 years, over 700 people have invested nearly three million hours crafting Bentley’s ultra-luxury sedan. Producing the Mulsanne bodies required approximately 42 million spot welds, and creating the sumptuous leather interiors took more than a million hours alone. Nearly 90,000 hours have been spent polishing cars, before a total of over four million individual quality checkpoints. Mulsanne has been a labour of love.

A History of Mulsanne
Since the launch of the Mulsanne, the car has continued to evolve throughout its lifespan. Revealed to the world at Pebble Beach in 2009, the all-new Mulsanne, developed from the ground-up at Bentley’s home in Crewe, featured a unique exterior and interior design, chassis and new variant of the iconic twin-turbocharged 6.75-litre V8 engine

The second in a line of three Mulsanne derivatives – the Speed – was unveiled in 2015. Bringing the fastest ultra-luxury driving experience to life, the Mulsanne Speed housed an upgraded version of 6.75-litre V8 engine, delivering 537 PS (530 bhp / 395 kW) and 1,100 Nm (811 lb.ft), along with selectable driver-focused sports suspension and steering. New and contemporary styling features defined the Mulsanne Speed as a statement in quintessential British luxury.

A new Mulsanne family was debuted at Geneva in 2016, as the car received a plethora upgrades to further raise the standard of luxury offered in the world’s pinnacle luxury sedan. A suite of elegantly executed styling revisions marked the new Mulsanne out from its predecessor. The entire front-end style of the car (forward of the A pillar) was completely redesigned. The fenders, bonnet, radiator shell, grilles, lights – and bumpers fore and aft – were all updated, giving the car a more modern and integrated appearance.

In addition, the Mulsanne Extended Wheelbase, the third Mulsanne variant, was developed with the rear-seat passenger in mind. The 250mm extension of the Mulsanne’s wheelbase (from 3,266 mm up to 3,516 mm) was entirely to the benefit of rear-seat passenger legroom. This significant increase in interior space made the Mulsanne Extended Wheelbase the most generously proportioned pinnacle luxury limousine in the world, and by far the most comfortable way to travel on four wheels. Additions of a beautifully appointed console to separate the two rear seats, airline-style electronic leg rests, privacy curtains and ornate folding table complimented the unrivalled luxury environment.

Subtle tributes to the car’s engine are evident throughout the car. To name but some, the interior ‘organ stop’ ventilation controls are replaced by designs capped by miniature versions of the engine oil cap. The faces of the clock and minor gauges feature schematic cutaway drawings of the engine itself.

Dark tint treatments to the Flying B bonnet mascot, Mulliner Serenity radiator grille and exhaust finishers bring definition to the front of the car, while the 21” five-spoke Mulsanne Speed wheel will feature a unique bright-machined finish with gloss black pockets.

Under the bonnet, the engine intake manifold will be finished in black in lieu of the traditional silver, and the Engine Number Plaque – traditionally signed by the craftsman that built the engine – has been signed by Adrian Hallmark himself. 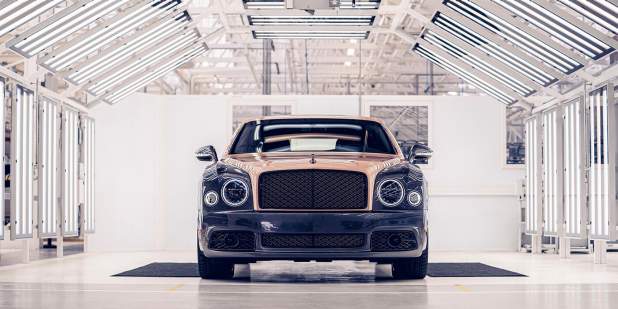 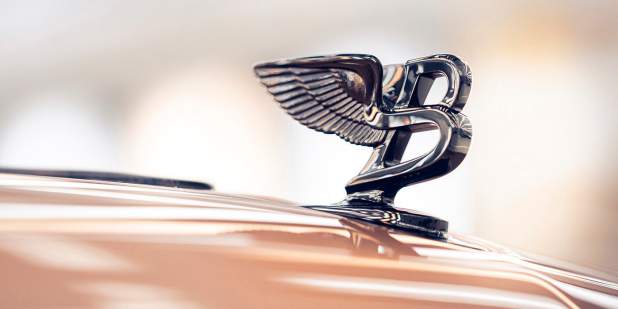 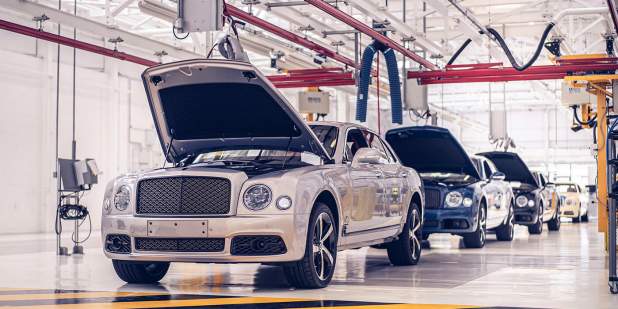 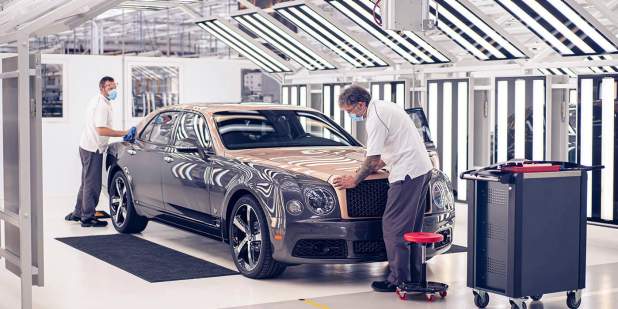 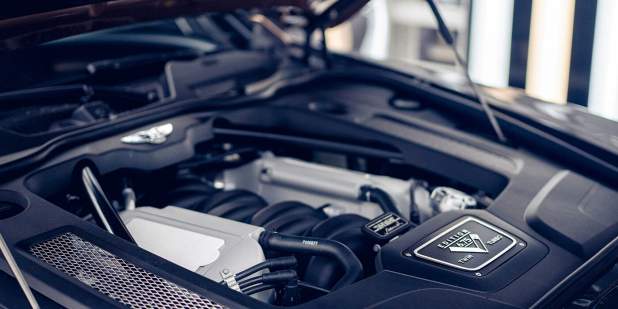 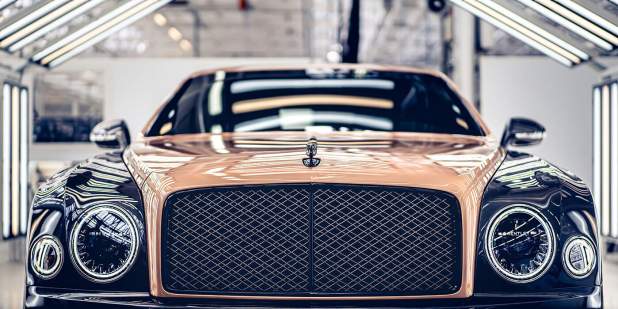